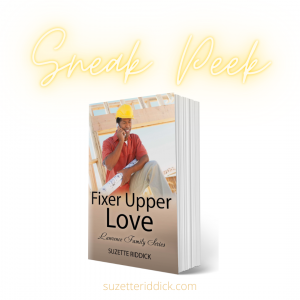 Grinning, Garrison honked the horn of his black Ford Super Duty F-450 truck. He returned the gesture and pulled away from the property he was renovating in Logan to head further uptown to check on another site.

Old man was the nickname Garrison Lawrence was affectionately called by the younger guys he employed. At fifty-four, by any stretch of the imagination was he a decrepit senior. On the contrary, Garrison was fit and in better shape than some of the what he called “young bucks” dosing out their brand of good-natured teasing.

After a mild heart attack when he was fifty brought on by years of hard work, the death of his wife in his youth and the stress of raising three daughters, Garrison was given a wake-up call. He wanted to live and not leave his daughters Samantha (Sammie), Alexandria (Alex), and Josephine (Joey) orphans, even though they’re adults. They’d already suffered enough losing their mother as children. More than anything he was determined to see his precious granddaughter, Maliah, grow up into adulthood. And spoil future grandchildren.

If he even thought about going rogue, getting off track with his diet, exercise and taking his medications, his daughters were there to keep him in line.

Sammie, the nurse practitioner and mother hen of the family, made sure Garrison went to every doctor’s appointment and was adherent to taking his blood pressure and cholesterol medications. Alex, the culinary school graduate and mother to Maliah, deemed herself responsible for being in charge of his lean protein, low sodium, high fiber and low sugar diet. Every once in a while, the two bumped heads when it came to what Garrison ate. A thick juicy steak trimmed in fat for flavor three times a year wasn’t going to give him another heart attack.

He loved all his girls, but it was Joey, his youngest and owner of Naturally Lavender, who had the tightest grip on his heart. Of the three girls, she took her mother’s death the hardest. At nine years old, to Garrison, she was still a baby and needed him the most. It wasn’t that he spoiled her more than the others or showed her any special attention. It was Joey who clung to him and would snuggle against him on the sofa for comfort. While the others were off in their rooms, the two of them would look through family photo albums of his wife, her mother for hours.

By the time Joey reached her mid-teens, she slowly began to withdraw from heavily mourning the loss of her mother. She became the daughter who pestered Garrison to consider dating. “Not that I want you to forget about Mommy. I just want you to be happy,” she would constantly mention when they were alone.

Ruggedly built with good looks, women of all ages found him handsome. What his baby girl and her sisters didn’t need to know was that he wasn’t lacking in the female companionship department. Discreetly, Garrison had his fair share of trysts after the death of his wife, Natalie. Several years and counting, he and his lady friend, Isabel, took care of each other’s needs. He wasn’t looking for a wife and she wasn’t looking for a husband. They agreed on a mutually beneficial relationship with no strings. So far, it’d been working. And he wasn’t looking for anything more meaningful.

The cell phone on the passenger seat next to Garrison vibrated indicating a call coming through. Glancing at the facedown device, his first inclination was not to answer it. But figured it could be one of his daughters calling. Sometimes they called his work number. Reaching over, he grabbed the phone and answered without checking the display.

“Which baby girl is this calling me?” Like always, his deep voice held a hint of adoration.

Greeted by silence on the other end, Garrison said, “Hello?”

“I’m sorry. I think I have the wrong number.”

There was something in the soft-spoken voice that was surprisingly jarring. Kicking up some unknown thing he couldn’t identify. Pulling up to the next project site, Garrison put the truck in Park. He held up his hand to halt one of the workers coming towards him.

“I thought you were one of my daughters. Who are you trying to reach?”

The sound of his name coming from the unknown woman made him remember he hadn’t felt the curves of a woman in weeks. Been too busy working, babysitting Maliah while Alex did catering jobs, and on the hunt for a retail space for Joey, to indulge his carnal desires. Isabel hadn’t been too pleased the last few times she called, and he couldn’t accommodate her.

“This is Garrison Lawrence. What can I do for you, my lady?”

He couldn’t help chuckling when the woman’s lyrical laughter floated through the phone line. Was he really flirting? Hadn’t done that in ages.

“Before I offer you the keys to the kingdom, may I ask whom I’m speaking with? And how can I help you?”

“Yes…that would be appropriate. I’m Madeline Redmond. You spoke with my daughter, Nancy, last week about a brownstone we’re interested in renting.”

Garrison did remember finally connecting with the young woman after they played phone tag for days. Said she was interested in the three-story house he recently renovated in Brewerytown. They’d agreed on a showing tomorrow afternoon.

Stepping out of the truck, he slammed the door shut and leaned against it. The young woman didn’t mention anything about her mother sharing the home with her. Not that it was any of his business. His only concerns were that they paid the rent on time and didn’t put holes in any of his walls.

“We have an appointment tomorrow at three for her to see the property.”

“Okay, Garrison… Nancy and I have to reschedule. Something came up at work and I won’t be able to make it. I’d like to set up another time if that’s possible.”

His schedule was crammed. Tomorrow afternoon was the only time he had to meet with the prospective renters. The following morning, he had another showing for the same property. Maybe he should tell her that it wasn’t possible to reschedule because the property would no longer be available by the time she and her daughter got around to viewing it.

Instead, he inquired, “When can you and Nancy come by to see the property?”

“I work half a day on Thursday. We can be there by two. I do apologize for the inconvenience, Garrison.”

What he should have done was send Madeline Redmond and her daughter on their way. He hadn’t even laid eyes on the woman and she was uprooting feelings he hadn’t dealt with in eons.

“Garrison, are you still there?”

“Yeah, I’m still here.” Without doing a mental checklist of all the things he had planned for that day, he agreed to the meeting.

“Thank you so much. I appreciate your accommodating us at the last minute. My daughter recently moved to town, and we need to get out of my two-bedroom apartment.”

“I understand. I’ll see you both on Thursday at two.”

Disconnecting the call, Garrison slid his phone into the back pocket of his jeans. He rubbed his hand down his clean-shaven face. “What the hell was I thinking? I’m supposed to meet with Joey on Thursday.”

This is why I need to hire someone to do this. As quickly as the thought entered his mind it fled. Meeting prospective renters allowed him to feel them out. If he got a bad vibe, he moved on to the next.

Garrison pushed from against the vehicle to go in search of the worker who had tried to approach him. Slowing his gait, he removed his phone from his back pocket. Dialing a familiar number, agitated, he waited until the call was answered.

“You know I do,” came the sultry reply.

Hanging up from the call, Garrison couldn’t help but to notice the tone and texture wasn’t the same as the woman he’d just hung up from minutes earlier. It hadn’t moved him the same. Maybe going to see Isabel wasn’t wise. Or maybe it was.

By Thursday afternoon, Garrison would have had his fill of Isabel. Erasing any lingering thoughts of Madeline Redmond and her bewitching voice.

Hope you enjoyed this sneak peek of Fixer Upper Love! 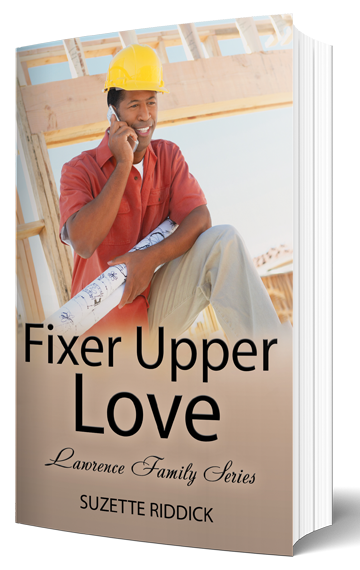